“Razvitie” donated 275 books to the Cultural Center in Lulin – Sofia

An impressive in its volume and value, donation was made by Corporation “Razvitie” to the library of the Cultural Center in Lulin.

275 titles of the world of fiction and philosophical literature will be available to visitors of the cultural center.

Among the books are novels from the 10 editions of the 1997 literature contest “Razvitie”. The donation also includes titles from the personal library of the corporation's CEO – Mr. Alexander Alexandrov.

A special gesture was also presented to the Cultural Center in Lulin district by the gifting of two signs of our book market and of our culture in general – “The Tale of Bulgaria” and the unique edition of the “Four Gospel” by Tsar Ivan Alexander, which original manuscript is kept in the British Museum.

A personal gift for the director of the cultural center Yordanka Kostova was a bibliographic rarity - a copy of the first edition of Georgi Gospodinov's “Natural Novel” with the autograph of our great writer. With his first novel, Gospodinov won the first literature Competition, organised by “Razvitie” in 1999. 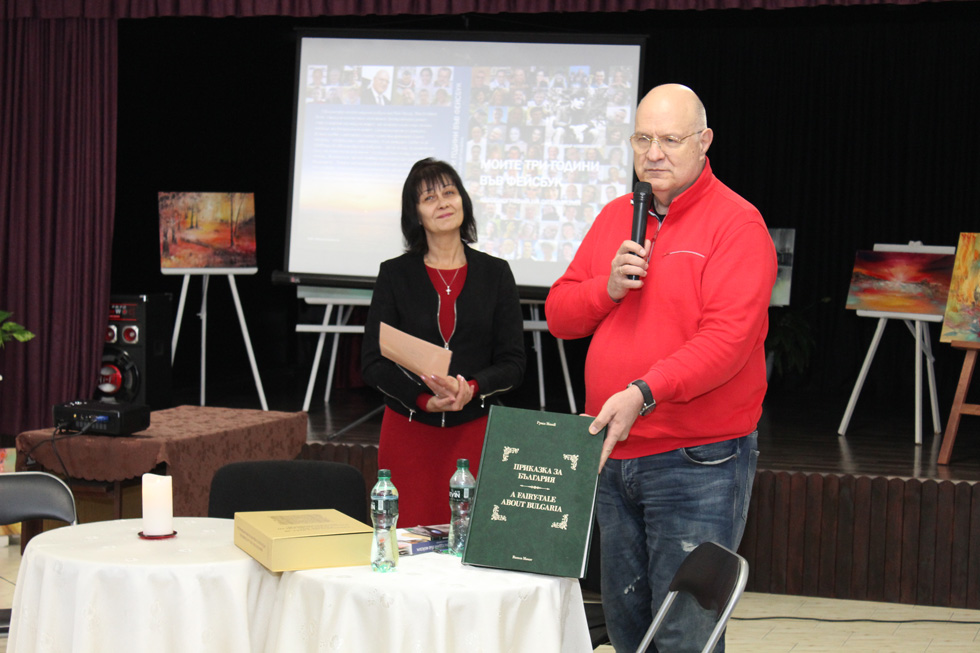 All this happened in the presence of the members of the Literature Club in Lulin during their regular weekly meeting.

After the donation, Alexandrov presented his “Autobiography of Optimism” to local writers, poets and artists, as well as competitors from the Lyulin men's volleyball club, sponsored this year by the “Play with Razvitie” Foundation. A unique book that adapts - as content and design, the author's three-year presence on Facebook.

This was the first premiere of his autobiography - after presentations in Gabrovo, Sliven, Varna and the Greenwich Book Center in Sofia.