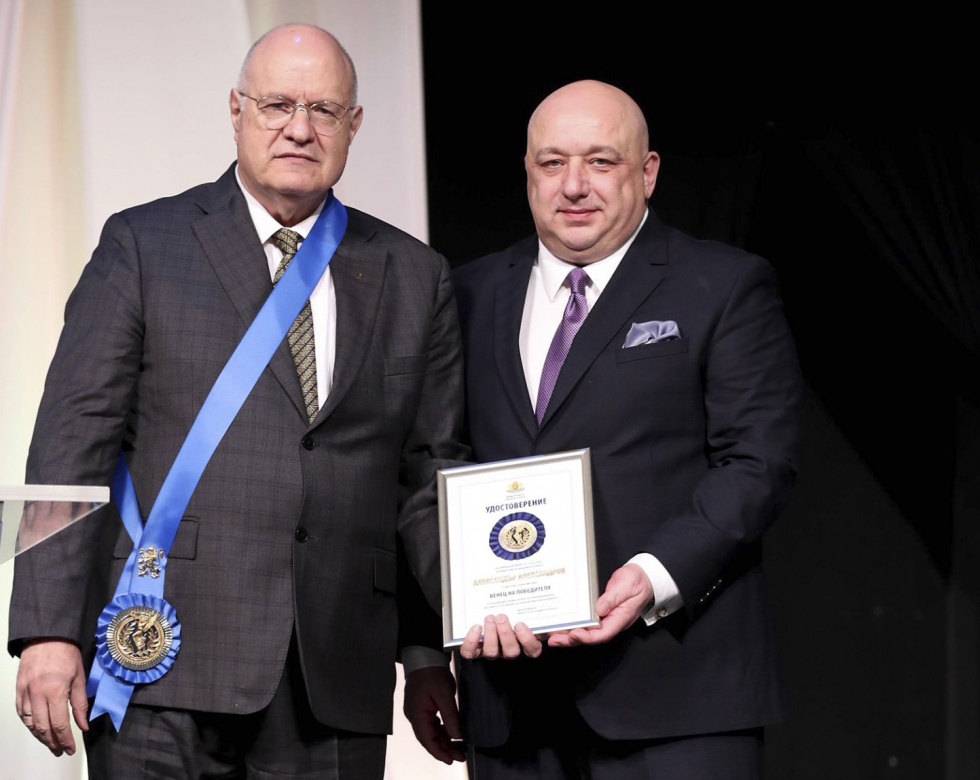 The CEO of “Razvitie” received the highest state sports honors

Alexander Alexandrov, CEO of Corporation “Razvitie” and Chairman of the Board of Directors of “Play with Razvitie”, received the highest state honors in the field of sports.

At the official ceremony of the "Champions Night" for awarding our most successful athletes and coaches for 2019 he was awarded the "Winner's Wreath" by the Minister of Youth and Sports – Krasen Kralev.

The award is given for significant sporting success and contribution to the development of Bulgarian sport.

Alexandrov was in the elite company of great champions such as: Alexander Tomov, Tanya Bogomilova, Peter Popangelov and sports figures of the rank of Kiril Domuschiev, Valentin Mihov, Teno Tsenov.

The CEO receives this recognition for his great contribution to the development of youth sports in our country, especially in collective sports. For two decades, his donation programs have focused on club and national youth teams.